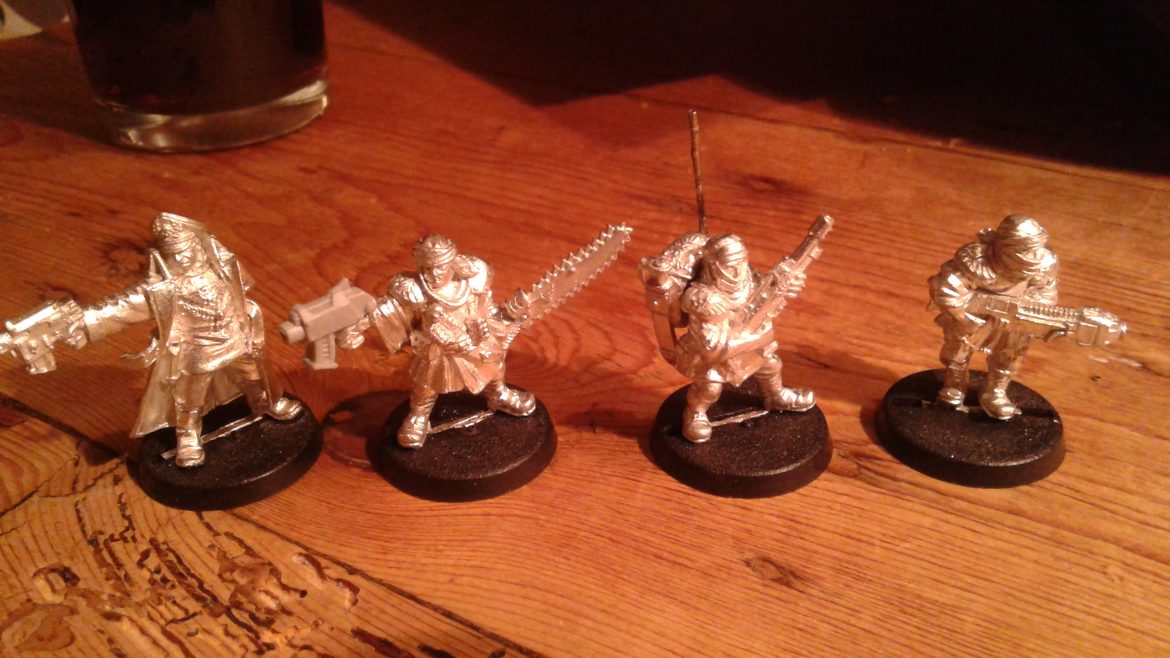 So many models to build and paint. So many projects.

Most of the time I try to work on one project at a time. But since my Tallarn (and other armies) have grown out of hand in terms of collecting it is a daunting task just to focus on one thing at a time. When friends start a new campaign at the gaming club which involves pirates, you just can not put Tallarn models on the table. Pirates need to be painted, boats need to be made. Other than that I also have so many nice models which are all eager for some paint. The result is that I now have a room filled with models (fantasy, sci-fi-fy etc.), a painting table and a gaming table. And a variety of projects which I work on simultaneously.

There are the Tallarn units I need to built and convert. 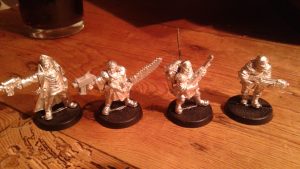 Then there is a Praetor model for the Tallarn army which I am painting. 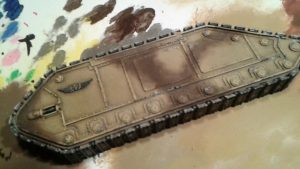 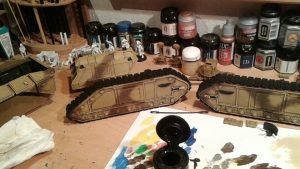 Behind the Praetor are some more undead pirates. These have only been given a white basecoat.

Then there is a Thousand Sons project. I am gradually building these. 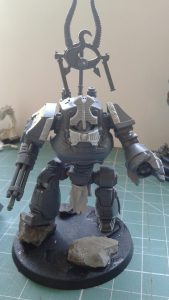 And more recently I found a box filled with Haradrim for The Lord of the Rings. Enough to make a nice playable army.

All in all I have enough to keep me occupied for a while.