I finally made the decision. After tinkering around with more Haradrim, my collection of Dogs of War models and several other possible small projects, I have come to the conclusion I will be focusing on a Dark Elves army first. Once finished I will finally have a playable Fantasy themed army (instead of 15 unpainted Fantasy armies stored away) and participate with them in games of Kings of War or classic Warhammer. 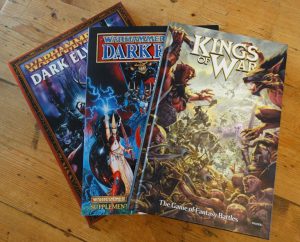 The next BOD Big Battle Day (our local club’s once in a year event to play big battles) will feature a Kings of War table where I would like to participate. As far as I have heard, people were impressed with our massive Legends of the High Seas pirate table from last year http://thedesertscorpions.com/bod-big-battle-day-pirates/ and are planning to duplicate the scale for a Kings of War showdown.

A few years ago I painted some Cold One Riders for a painting competition (The Fang, Games Workshop’s painting competition for some of the European mainland countries). These won me Bronze and I will be using the colorscheme from them for the rest of the army. I like the way the green and purple work together and I think it will give the army a nice overall look. 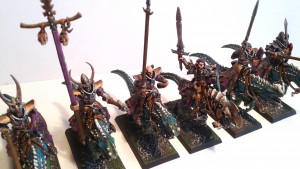 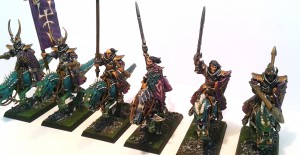 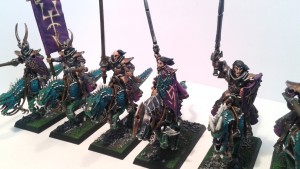 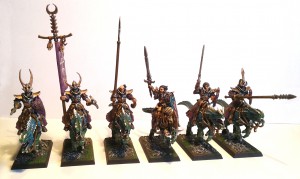 It is not the first time I decided to work on this army. In recent year I bought some of these models here and there and especially single models do not stay in their blister for very long. This means I have a lot of models cleaned and (partly) assembled kicking about in my hobby room. And I have been working on some regiments/units off and on. Next to the Games Workshop models I also have a lot of Dark Elves from the second Raging Heroes kickstarter. 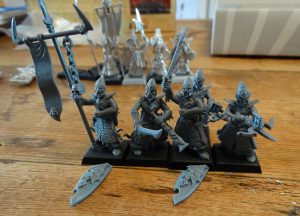 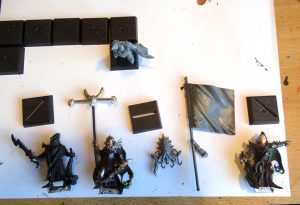 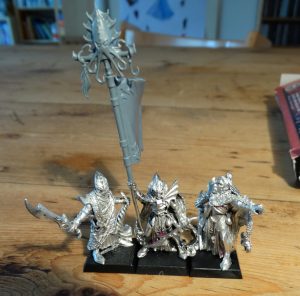 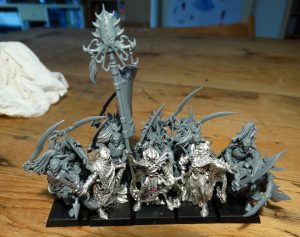 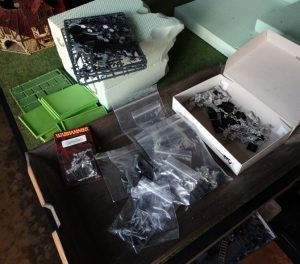 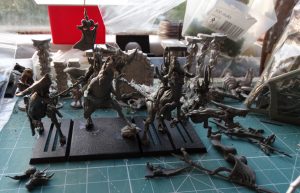 All in all I have collected a fairly big army and I do not have any hope or conviction I will have finished it completely before October/November (the BOD Big Battle Day is around this period). But I must at least get a General and some standard units done. Let’s go!