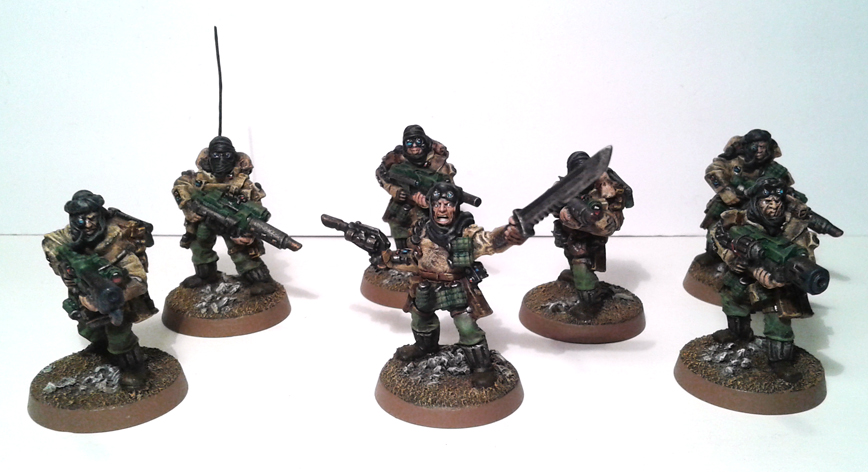 I got some Imperial Guard Stormtroopers when I bought a batch of second hand Tallarn from someone. The Stormtroopers came with the batch and I figured I would have a purpose for them eventually. They have been standing on a shelve some time and when I got the MaxiMini Desert Dweller Heads the idea of converting them as Tallarn Storm Troopers was immediately born.

These are the original models.

Once I removed the helmets (a nasty beheading I can tel you since they all have heavy duty helmets on) and replaced them with the Tallarn heads they were practically a done deal. I added some more scarf with green stuff and I had to adjust one of the special weapons. A unit can have two special weapons and I seemed to have got three. One flamer and two melta guns. So one melta gun became a normal hot shot lasgun. I removed the barrel and liquid container and with a rod and a piece of a hunter killer missile launch thingy I made a new barrel. Another piece of rod was glued to the side of the gun where the liquid container used to be. 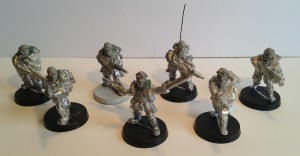 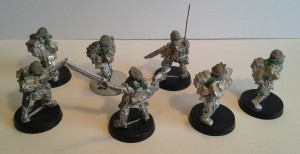 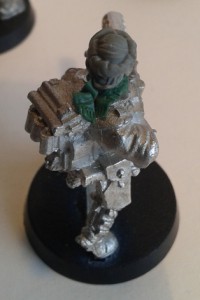 I also added some wire on one of the backpacks to make a vox caster. Not that Storm Trooper units carry one according to the rules, but I just think it looks nice.

After one day of modeling and painting I got them as far as this. Not finished at all, but they are getting there.

I decided that since they are an elite unit they will be a bit different from the regular Tallarn troopers. They have the need to show that they are better (and meaner) than normal troopers and therefore their head scarfs will be black rather than white.

Once they are done there will of course be pictures in the Elite-section.