The Lord of the Strategy – chapter IV – Confidence Goes South 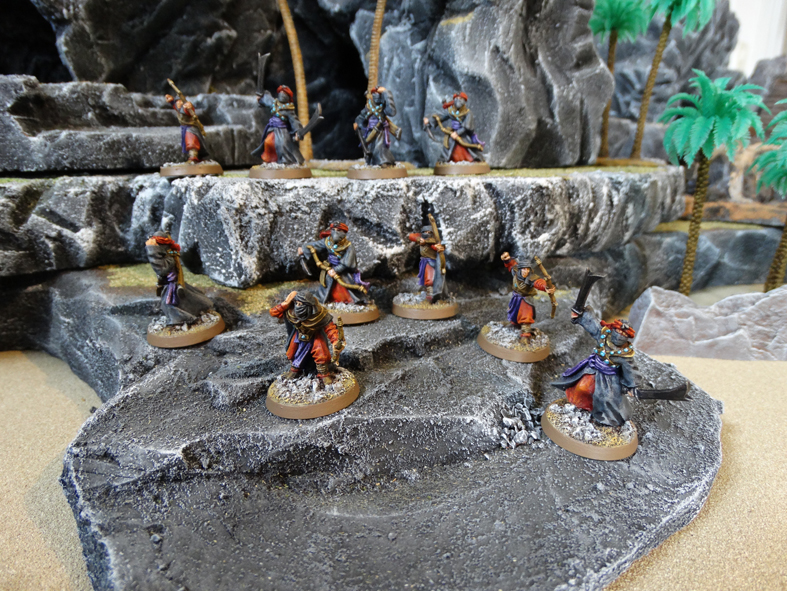 Oh no! Just about one month to go, and my confidence of getting this army painted is going south (much faster that the Ring did). I did manage to finish the four Warriors of Karnâ and am pleased with the result. The quality of these plastic models is not something to get overly joyous about, but with some effort in painting they do turn out acceptable. Here they are: 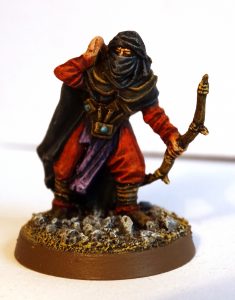 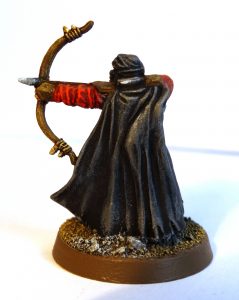 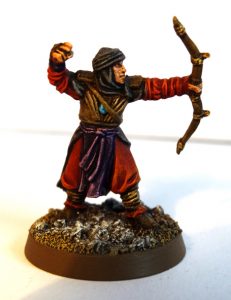 And here are some shots of them with the Watchers of Karnâ they will be joining. 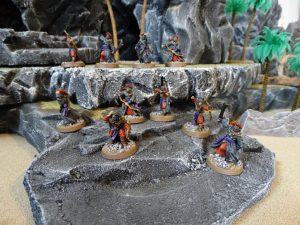 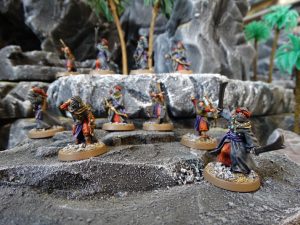 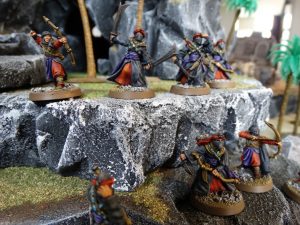 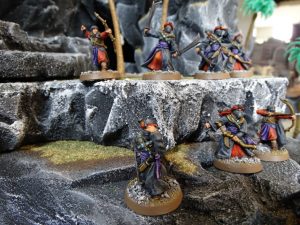 I wanted to give these warriors the same colour scheme as the Watchers, so red tunics and black cloaks. Just as the Abrakhân warriors have blue as their primary color, matching the Abrakhân Merchant Guard. The ‘normal’ warriors wil get a reversed scheme with black under-tunics and red cloaks.

I have also done some more work on the warband of normal warriors. I try to paint them as a whole as long as I can before resorting to paint details individually. Pictures of them will follow as soon as they are somewhat presentable.

After the twelve warriors wil be the Raiders on horseback and the leaders of the warbands. That would cover the whole 600 points army as I had initially thought to bring to Strategy. There is still a change I will try and get the Fellbeast done in time. So far I am trying to convert the rider and greenstuff the beast itself. Lots of work left so I am not sure if this plan will be complete in time. 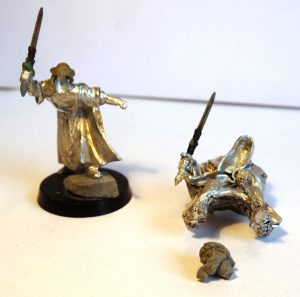 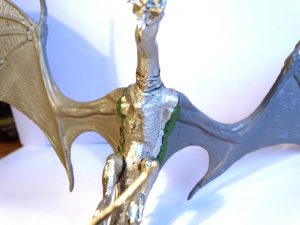 Well, back to painting! No rest for the wicked!