The Lord of the Strategy – chapter III – Many Cleanings 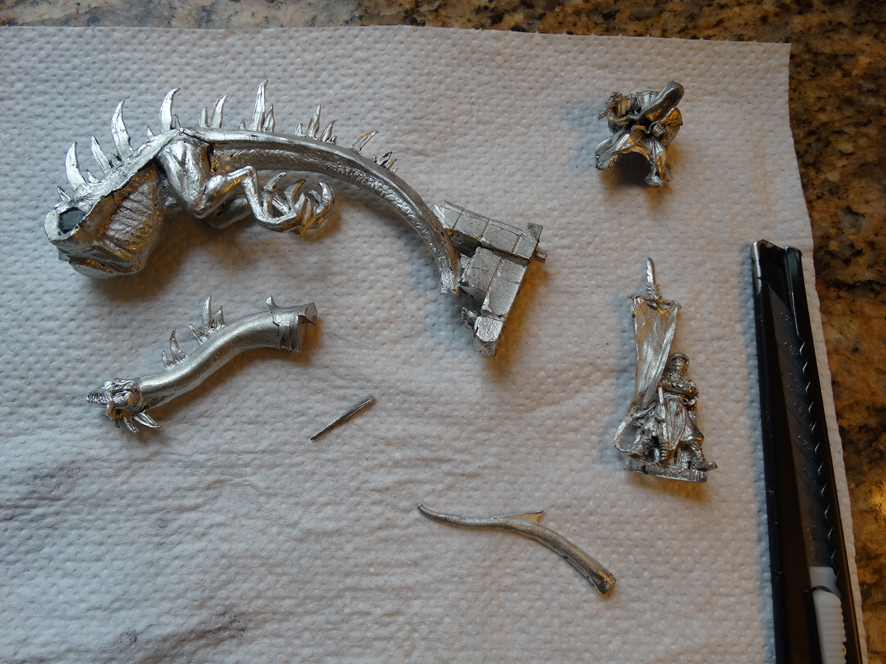 Haradrim, Lord of the Rings, painting, step by step, The Hobbit, Tournament, Wargame

Since my defeat last Friday I have been thinking about changing tactics and army composition. One of the things I dismissed when I first started thinking of painting this army was patching up this second-hand Ringwraith on Fellbeast and convert it to resemble the Betrayer (Harad Nâzgul) somewhat. I had several reasons to dismiss this model. One would be the fact that I actually wanted to play an all Harad army and the Betrayer might technically be from Harad, but it does not feel that way. The other would be that I detest playing with models using magic. I kind of forget what spells I have and when to use them during the game (must be because of my age 🙂 ). Next to these reasons I did not look forward to painting this large model in such a short time together with the rest of an army. And then there was the fact that the model was previously owned by someone who had not treated it very well and I still had to strip it of paint.

But all of these reasons kind of dissipated after the massive defeat suffered at the hands of the Dwarfs and men of Minas Tirith and the realisation that my army has no chance when faced with some high defence and strenght opponent. Not that I mind losing, I am well accustomed to the sentiment of defeat, but I do like to have a bit of a chance of doing some actual damage in return before shaking the hand of my opponent and congratulate him/her on the victory. Getting wiped from the table is just not as fun as narrowly loosing a game.

So, with that in mind I began preparations to clean the model (and a warrior on foot with banner, while I was at it). The Fellbeast is mostly metal, but has plastic wings. The chemical stuff I normally use to strip the paint of metal models (Thinner) is way to aggressive to use on plastic. It will not only affect the paint, but will also eat away at the plastic underneath leaving you with some disfigured lumps of plastic for the effort. 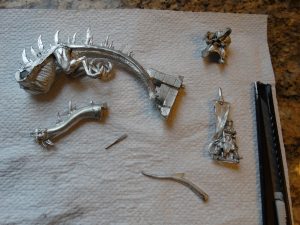 I went out and got me some cleaning chemical called Dettol (here in Holland) to use on the plastic. I broke off the wings as cleanly as I could manage, hoping I could neatly rebuild the beast later and patch it up with some greenstuff. Next I broke the rider of the beast and the head and tail which come as seperate parts with the original model. This made the cleaning easier because it can be done part by part.

The Thinner and Dettol are both chemical substances with their own distinctive smells. As a result, the house smelled worse that an Underhive sludge river all evening and the day after. Fortunatelly my wife and kids know that some sacrifices need to be made when war is afoot and kept their complaints to a minimum. (Or they might have been too intoxicated by the fumes to even think of complaining…) 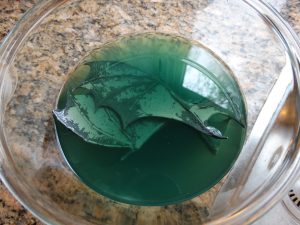 This stuff also does wonders for your skin. And since I am too impatient to leave the model in the chemical bath for the night and strip it the morning after I always happilly start cleaning away with an old toothbrush the moment the parts hit the fluids. In short, the fumes gave me a headache and made me nauseous as well, the skin on my hands started shriveling and in the process of scraping some paint off with a knife I got a small piece of plastic in my eye. Not the best session of paint stripping in my lifetime, but the agony was small compared to the alternative of watching the dregs of the music industry battle it off during the Eurovision Songfestival Contest live on tv.

The model itself and its threatment by the previous owner did nothing to lighten the burden. Some people should just not be allowed to buy expensive models and then completely ruin them in the reckless abbadon they call their hobby skills. The thick coat of paint on this thing was of a complete new level to me. I have seen badly painted models by the droves, a byproduct of buying second hand models a lot, but I thought the skin of the Fellbeast had no texture at all by the look of the painted model. To a certain extent this is indeed the case, but the amount of details I uncoverd when cleaning amazed me completely. Some splatches of paint even refused to be intimidated by the Thinner and remained snuggly on the model. I had to remove these with a knife because it appeared that this was paint mixed with glue that was used to assemble the beast. I had encountered this effect before in places where the parts would be glued together, but on this model I had to clean patches of this mixture in places were no glue should be found. Right on the middle of wing for instance. The glue itself that was used was also applied in luxurious think coatings which took some time to remove. 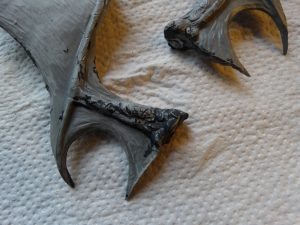 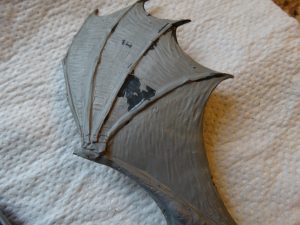 All in all a lot of work had to be done in just one evening to prepare the whole thing for the new paintjob. Now I still have to remove the exessive mouldlines (another testament to the hobby talents of the previous owner), put the thing back together, greenstuff some scarfs around the head of the Ringwraith, base it and give it a proper undercoat before painting can actually begin. June is still far, far away right?