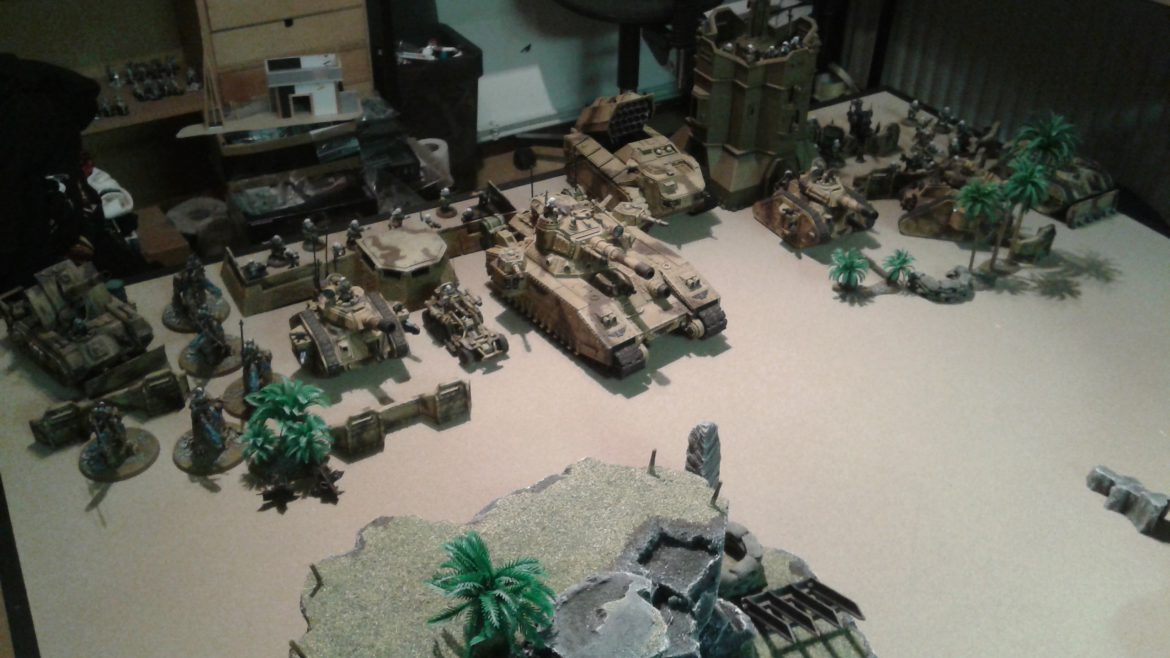 Another game was played in december. The time at my place vs. Coen. Coen brought about 3000 points worth of Death Korps of Krieg and some Imperial Navy. He wanted to use his Bomber and Thunderbolts so we decided to make it an Apocalypse battle and threw overboard the regular army lists and army built up restrictions. Bring whatever you can.

So this meant I could use my Baneblade again. Last time I used it was the first time I ever put it on a gaming table and it got shot to hell in the first turn (so it never did anything). And to make sure I had something that could hit the planes coming our way I decided to paint the Praetor heavy tank. It has a primary weapon with sky fire and intercept. So on paper it could do some harm.

Coen made a nice battle report you can find here:

(The thread starts with a report from our very first battle. The second battle we did is also there. This Apocalypse battle is the third report in that thread).

Long story short: The Talarn got beaten again. But we had very much fun.

I made some pictures as well: 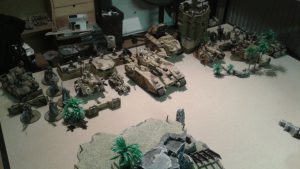 Here they are again in their full glory. Confident as ever they started the battle, only to be slaughtered once more. (I kind of get used to that :-)) 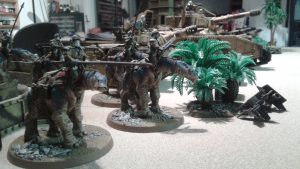 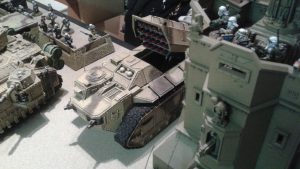 The Praetor. Not finished, but good enough to be on the table. 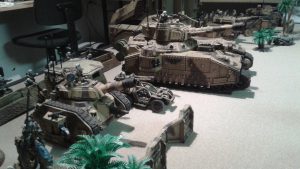 The Baneblade did some more damage this time. It was nice to see some enemies get blown up. It s not a sight I see that much. The Apocalypse template is horribly large. 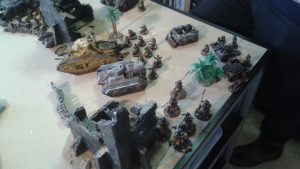 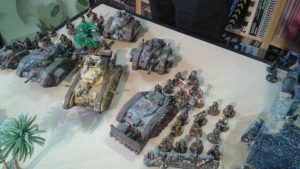 Some shots of Coen’s Death Korps. A very nice painted army. The table was filled with eye-candy on both sides. 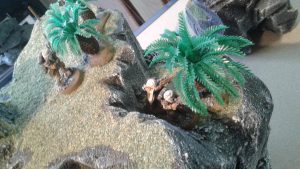 The snipers doing their thing again.

We had a good laugh playing this game. We concluded that Warhamer 40,000 is a very sluggish game (turn wise) and pretty poorly balanced as well (something we all know). This actually makes it a crappy game, but we love it anyway.