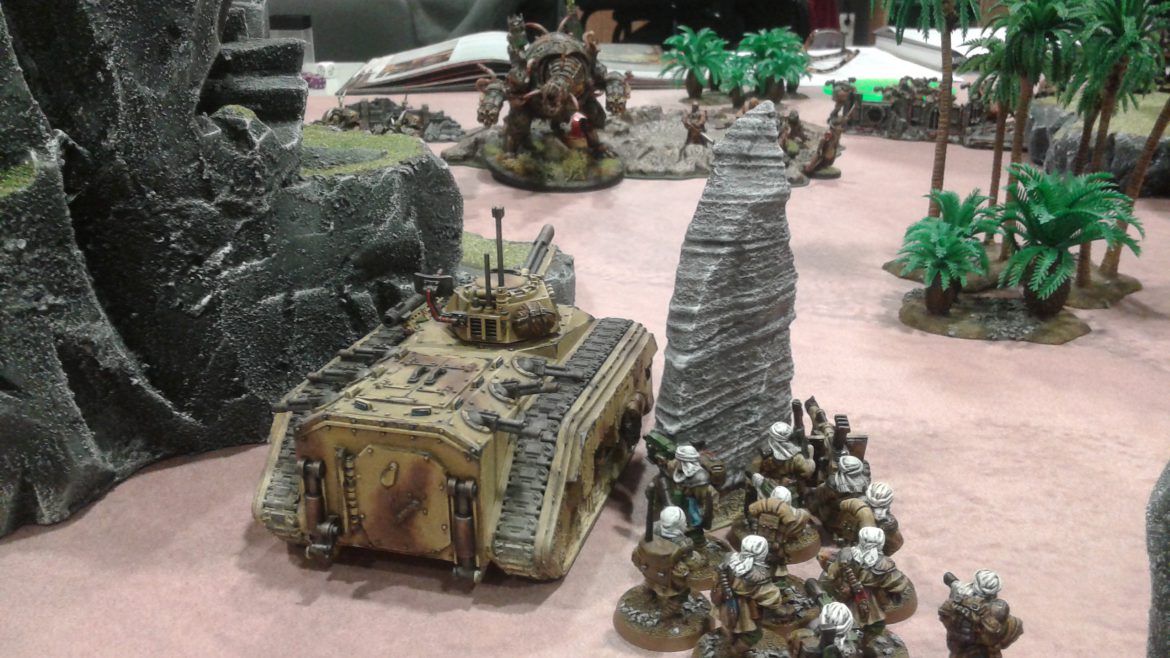 Last november I played a small battle against one of my friends at our local gaming club.

Unfortunately my Tallarn did what they do best… namely losing the battle. And not just losing it, they got wiped out.

We used some 1750 points each. My friend brought his Choas Marines (mainly plague stuff). One of the most devastating things he brought was a Maulerfiend.

Here are some pictures of the battle. 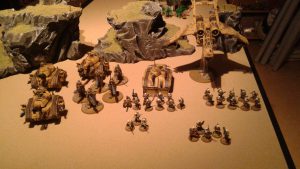 Still safe at home, my 1750 points Tallarn. No matter how much they loose, I am always proud of them when they are on the table. 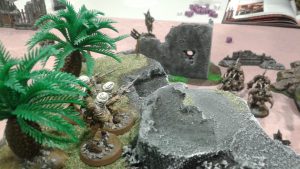 I intended for my snipers to maybe do some damage to the Terminator Marines. But alas, the Dice Gods had other plans. 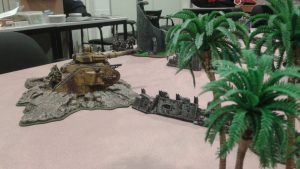 The one Leman Russ who actually did do some damage. He immobilized a dreadnought. 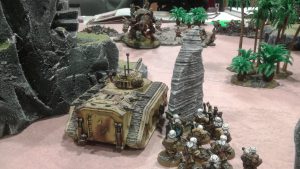 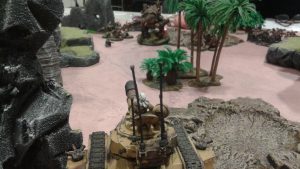 The fearsome Maulerfiend. It destroyed everything in sight. My command squad, a Leman Russ and the Chimaera… the veteran squad did not fare any better. 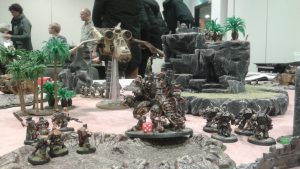 It even went after my Valkyrie. And when you need sixes to hit (snapshots) you just roll sixes right? Let’s just say my friend was very good at rolling sixes that evening. 🙂 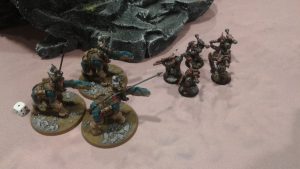 My Mukaali charged. And got beaten. 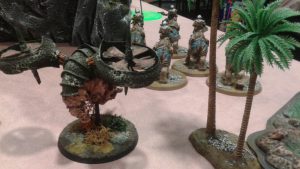 While a Blightdrone had a very good view of their arses. Guess what happened.

All in all I stil had a wonderful evening. Another game played, more experience gained.