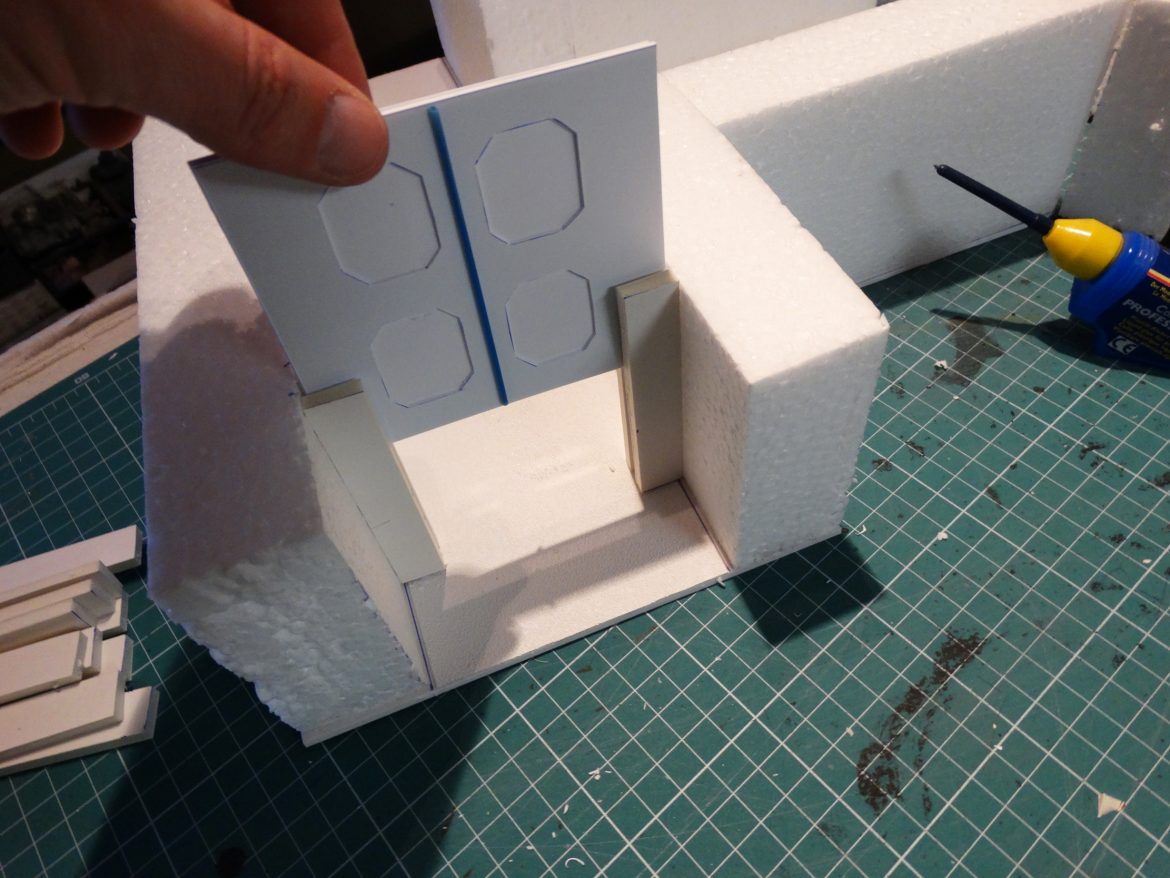 Hello there and welcome to the second part of the step-by-step of the building of a modular tunnel system. The first part can be found here: http://thedesertscorpions.com/modular-tunnel-system-pt-i/

I concluded the previous post with the promise I would begin with base coat painting this time. As it turns out I had another idea I wanted to put in place on several sections and it would have to be done before painting the basecoat on the walls.

So here is the step-by-step of a simple bulkhead door.

I wanted to build in some bulkhead doors that could be open or closed. Ideas for how this would work rule wise in the game are brewing in my head, but that is of later concern. I wanted it to be simple. So I came up with a sliding door. It will either be open or closed in the game by simply slide it in its place when needed.

I started with a sheet of 1 mm pvc. I cut these in sections of 10 cm wide and 9 cm high. This way the door will be as wide as the tunnel and the same hight. 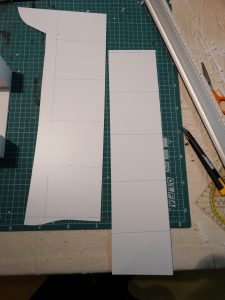 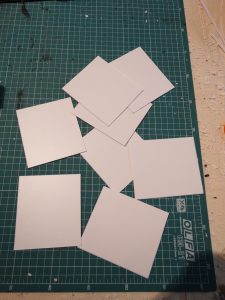 The door will be made of three of these sections glued together. I sketched a simple bulkhead design on the two outer sections and cut these. Since I knew at this point the door would be sliding in sections of 1,5 cm wide I started the design 2 cm from the left and right edges. 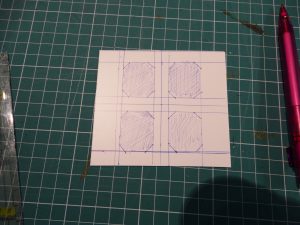 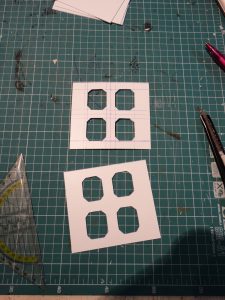 The three sections were then glued together and for extra effect I added a thin stick I found in my scenery bits box. 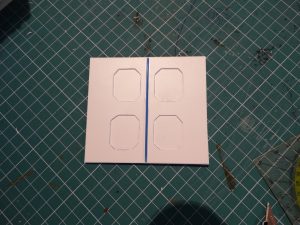 Now that the door was finished I started on the wall sections where the door would be sliding into. These I made from 5 mm thick foam board. Soft foam in the middle, thin cardboard on both sides. It is solid enough the make walls and such, but easy to cut and shape. A good friend of mine uses this for just about any scenery he makes, including pirate ships. 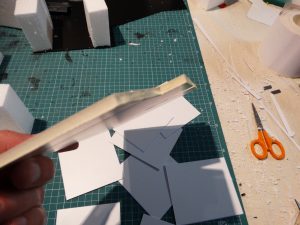 I cut lengths of 1,5 cm wide. These were then cut into section of 9 cm, the same hight as the walls of the tunnel. 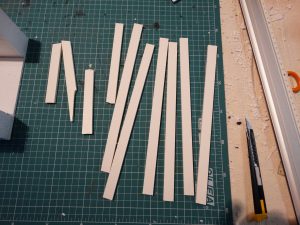 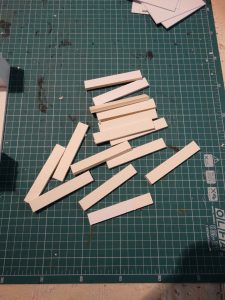 Simply glue these to the walls leaving enough space between them so the door can slide in and out. Use wood glue or a hot glue gun for this, these types of glue will not erode the polystyrene or foam board. 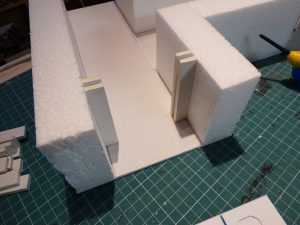 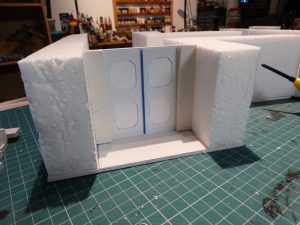 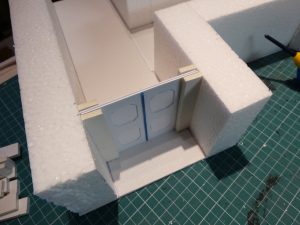 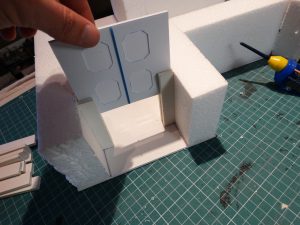 There will be more doors in the tunnel system. Once I finished this one I found some transparent 1 mm sheets which I will use as the middle part of the doors. That way the cut out sections will become actual windows.

Well, that’s it for this time. Next time I really hope to start painting the base coat, unless I get another idea….