Everything is better with Pirates! 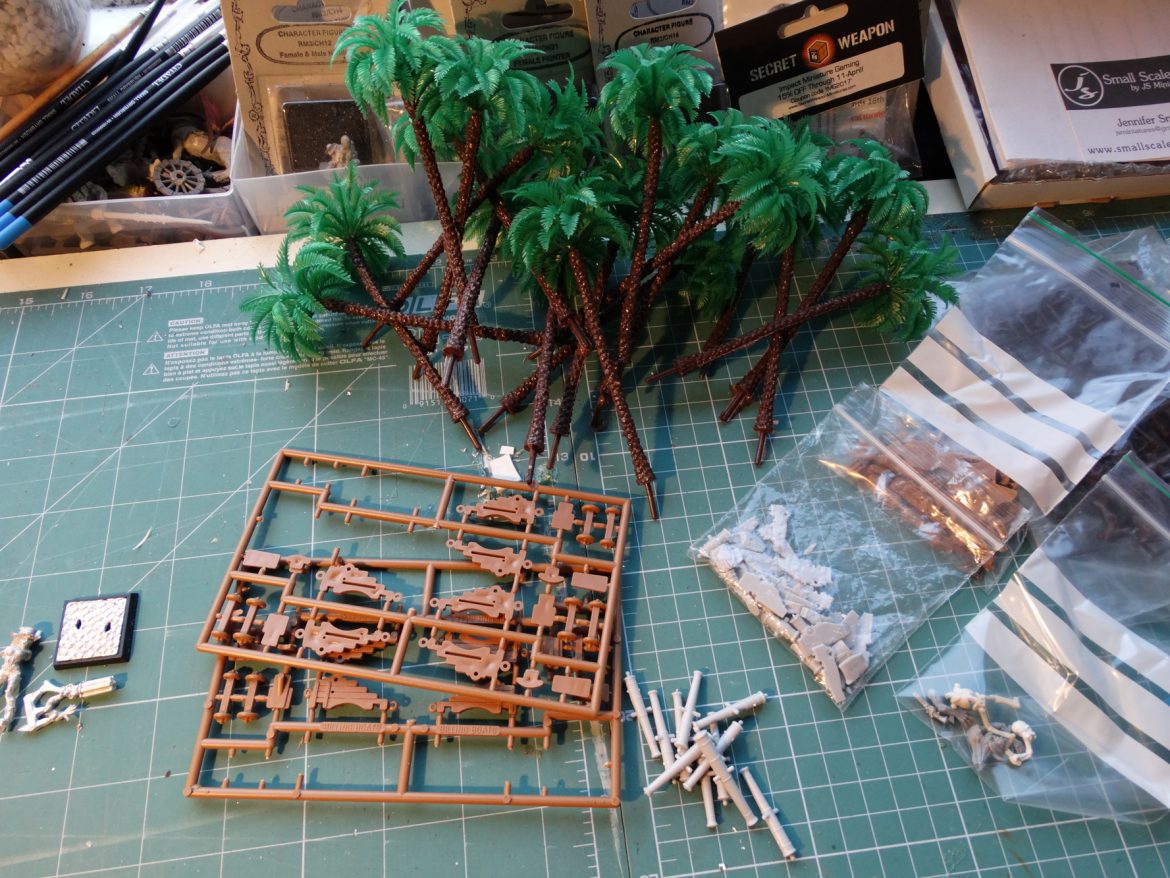 Hello one and all. Sorry it has taken me so long to write another post, but it has been busy so to say.

Once a year our gaming club hosts a day where people can play a large scale wargame that would just take too long for a normal club night. The B.O.D. Big Battle Day. Last friday me and my friend Matthijs have decided to host a big Legends of the High Seas battle on a massive table, just to see how big we can make it before november 12th (when the Big Battle Day is). This might seem a very long time to prep for most people, but we both have a busy social life, work and kids. So in order to get things done I have decided to take stock of the items we already have and what items need to be painted, made or bought (or steal, in order to keep in the pirate-theme).

We plan to make a big sea, with various islands. The islands can be empty save for local plant- and wildlife, or occupied by other pirates (village) or even savages. We want multiple players who will field pirate crews randomly at the table and victory wil go to the player who can obtain the most objective points. We will put several major and minor objectives on the table in order to give every crew lots of opportunities no matter where there starting point will be. An objective might be to free the prisoner held on a pirate ship. Or find a treasure in some ruins infested with natives who want you and your crew for dinner, things like that.

We will use the gaming mats with the sea prints I have made as a basis for the table. We can bring several, so we might end up with an ocean as large as 3 x 3 meter and then some. A nice starting point I think.

I have made some islands for past games. These can be connected by walkways and I made several stands of palmtrees for them as well. 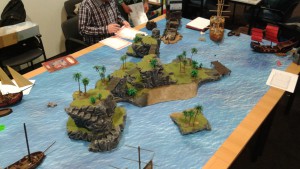 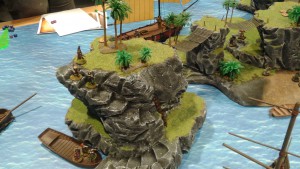 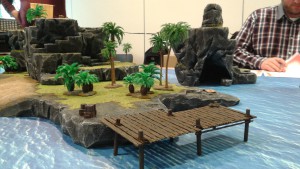 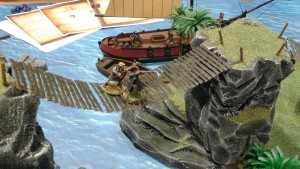 I will make more of these in the coming months and more docking areas as well. And islands need palm trees. Luckily I got some more, so these will go on the to-do-list. 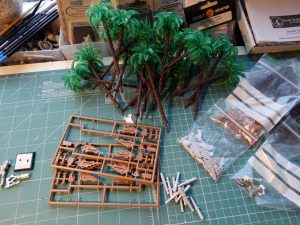 As you can see there are some sprues and barrels which will be more cannons. We think the table also needs a fort. And a fort should have cannons.

Matthijs also build an island for a previous game which we can use. 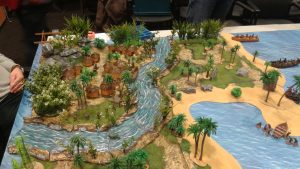 Another island will become a small village. I have several resin houses from Tabletop World, but these all need to be painted. I have started to spray some black base coat on them (every day after dinner, just before the kids go to bed I manage to find some time for this). 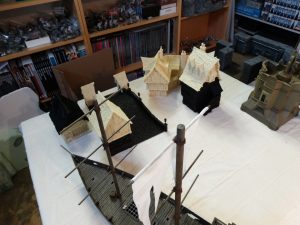 I have also started on an extra small ship. Only the basic structure is done, but I hope to complete this before november as well. 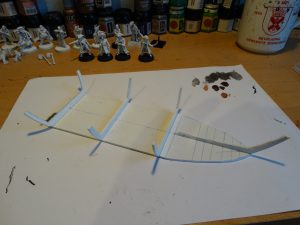 The village will need occupants. I have bought several more pirates from Black Scorpion Miniatures and found some other models here and there. I have started to clean these and put them on appropriate bases. I build these in the same way as I did the bases for my undead pirates by cutting some strips from 1 mm thick pvc. 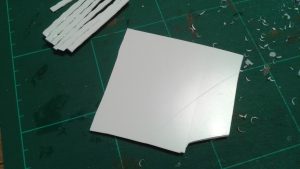 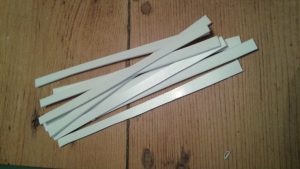 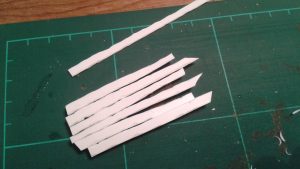 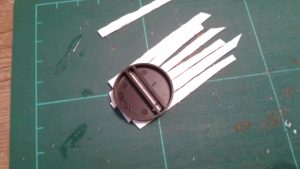 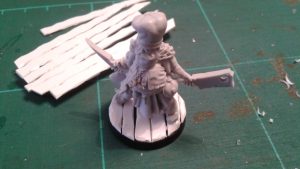 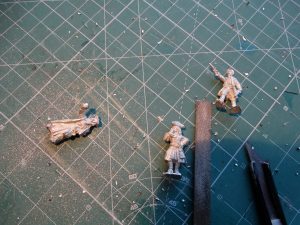 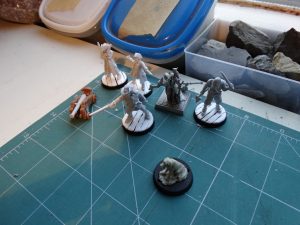 My workbench is also filled with several small items such as tables, barrels, pistols and treasure chests and such to make the table more interesting.

Next to all this I intend to work some more on my pirate ship and crew. So as you can see I have lots of work to do and I will now return to the assembling area. Yarrrrrr!