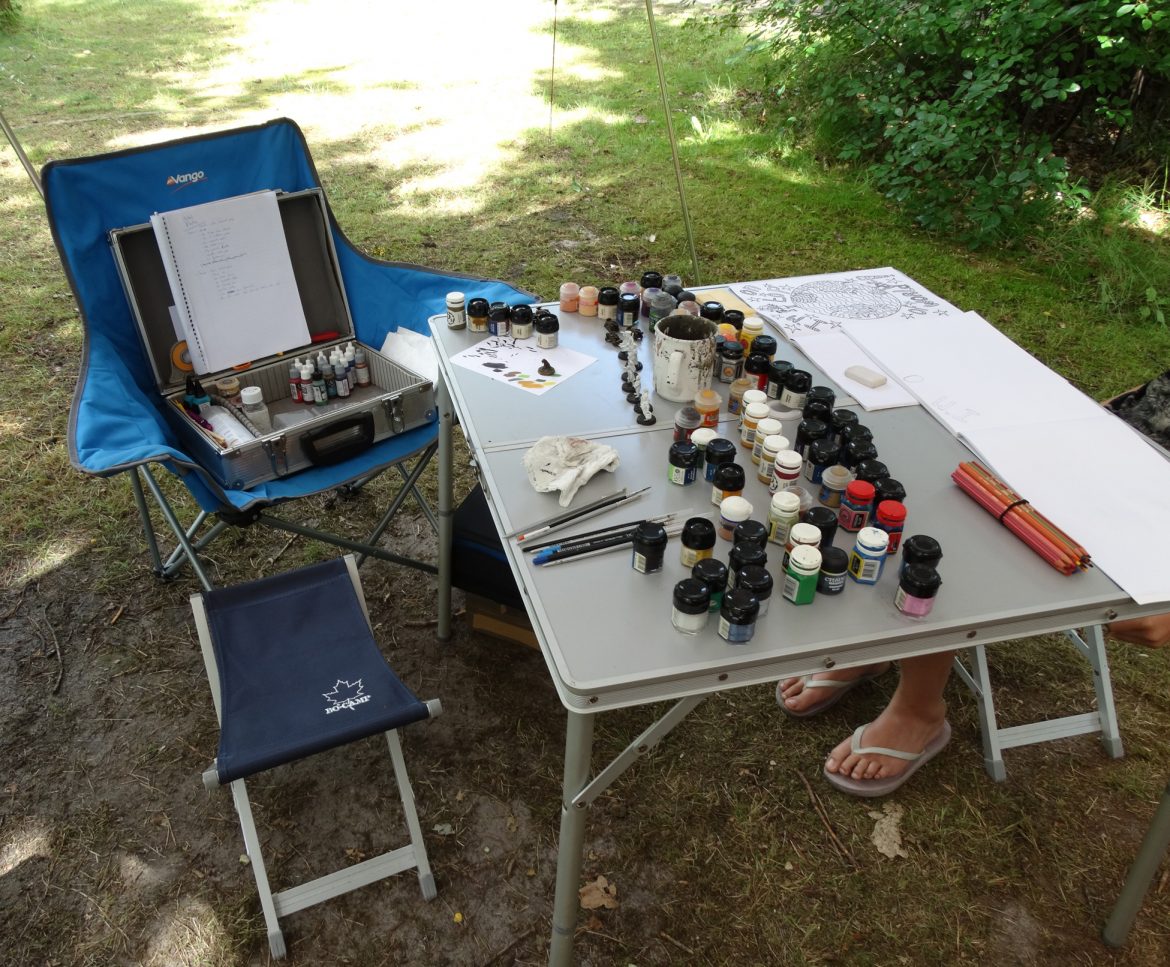 Hello one and all. It’s been a while since I wrote a new blogpost (again). But this time I had a good reason. I was on holiday for about three weeks with my family. During this time I had virtually no connection to the internet. Peace and quiet times ensued. (apart from the noise kids can make).

But, being the hobbyist that I am, I took along certain items so that I could still do some painting and gaming if I got the chance. I have a small flightcase for my paints and brushes and such. I also brought some prepped miniatures along. These were all based and undercoated beforehand. 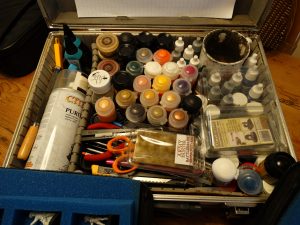 Then there were some books (a few older Black Library novels I recently bought second hand) and off course some games. Since Matthijs and his family would be camping next to us it was paramount that we could at least play some games from time to time. His oldest kid and mine are old enough to participate in several games we brought (a Dungeons&Dragons board game and the Beta version of the Gaslands ruleset for instance). Together with the Star Realms card game we had enough to choose from games-wise.

We played a few scenario’s from the D&D game with the kids and several other kids from around the campsite joined in. Simple hack and slash game mechanics make these sort of boardgames excelent material for a few evenings of fun with the kids. Slay the monsters, find some treasure and follow a simple narrative.

We also played a game of Gaslands. This game is in the final Beta rule testing and should be available from Osprey soon(ish). Matthijs brought this one along. He has been helping playtesting this game for a while now and it is a good one to bring along on holiday. All you need is the rulebook, some movement counters, dice and a few small toy cars (properly converted and painted). As far as scenery goes you can just pick up some rocks and such. It will not win the best table contest, but heck, no need to be too picky during holiday. 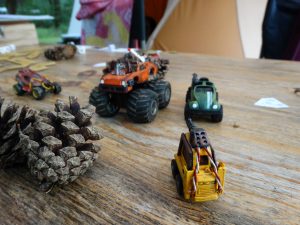 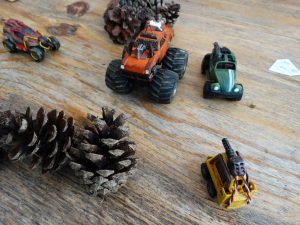 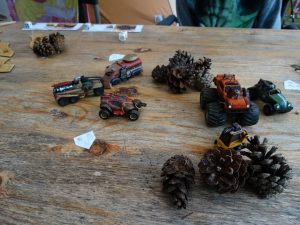 High speed mayhem! Be sure to look for this one when it is released. Untill then you can find info through the Facebook page. https://www.facebook.com/groups/gaslands/

I also found some time to do some painting. I brought along some new pirate models that we want to use during the Big Battle Day at the end of this year. As you might have read in a previous post Matthijs and I will be hosting a massive Legends of the High Seas table. There is still much work to be done and I decided I will be spending all my painting time on this table untill then. I had some cannons and a dog that I started on before we went on holiday and finished these first. I spent some time painting the bases on several other models which will be needed in the towns and I finished the Governor model. 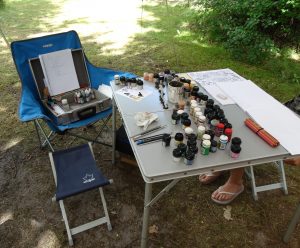 As I said I will now be focussing on finishing models and scenery for the pirates table from now on and shall post updates on the progress as soon as I have some.