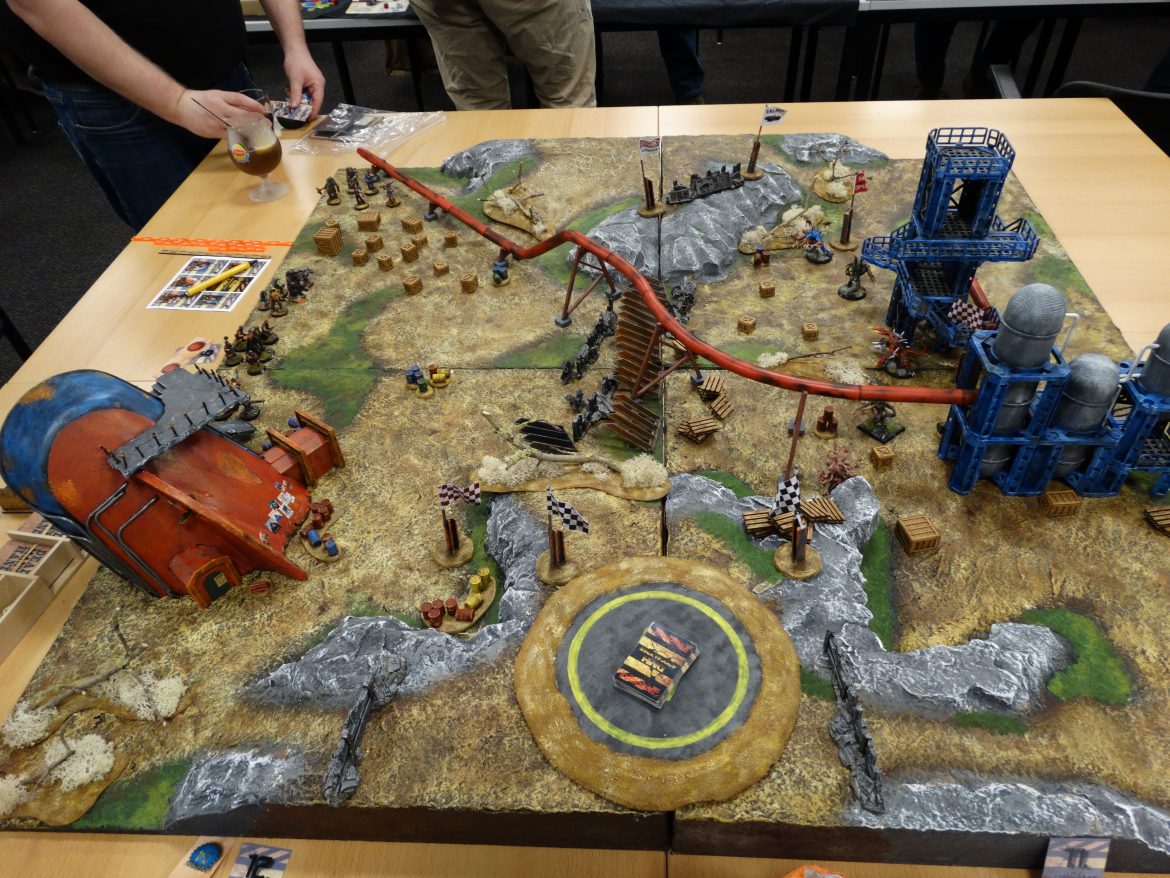 Last Friday we had another game of Dead Man’s Hand Apocalypse. Matthijs made up a scenario were multiple gangs would flight over an abandoned industrial site. The idea was that the first gang to get a model on top of the tallest tower and raise their flag would be the victor. The industrial site however was at the end of a valley and the only way in would be through a wall of barricades. And to make matters worse the site was crawling with mutated monsters.

In order to break through a part of the barricade Matthijs had original planned to have a big shovel parked just outside the site. It could be used by gangers to plough through a portion of the obstruction. With several gangs starting on the same table edge, all with the same goal it would be interesting to see what would happen. Matthijs however, forgot to bring the shovel. So the alternative would be dynamite. Next to a stash of dynamite at the place where the shovel should have been there were also crates on the board where dynamite could be found. 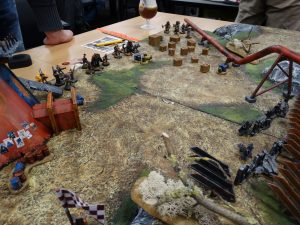 The gangs were all lined up. My Esher were on the side with the red building. Next to that was the dynamite. All crates with items were on the other end of the board, so these were a bit out of range for me, especially with 3 rival gangs between them and us. 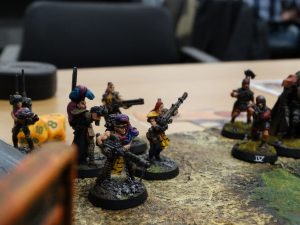 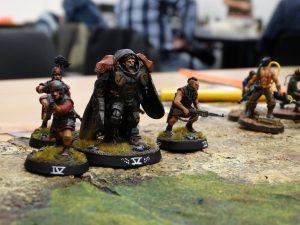 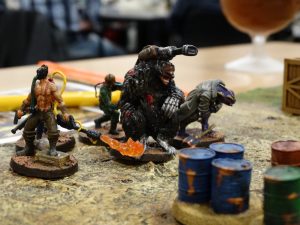 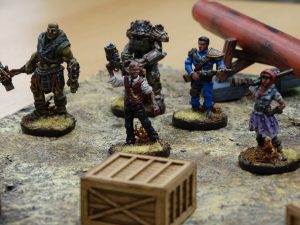 On the other side of the table the mutants await at the industrial site. 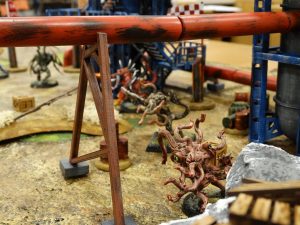 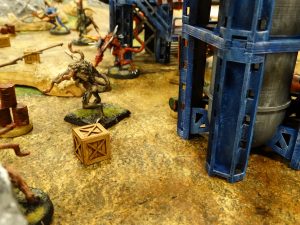 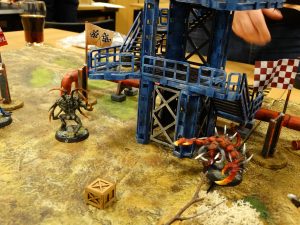 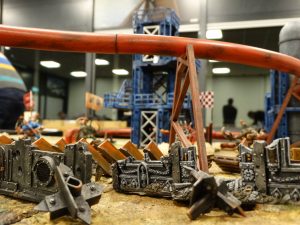 I decided to just go for the dynamite and try to blast a hole in the barricade at my side of the table. Hoping that the other gangs would start to head for the crates and start killing each other. As I expected the shooting started right from the start. As one of my gangers went forwards she passed some barrels. And ofcourse these held volatile contents which could explode when fired upon. Something my fellow players would very much like to see happening. Fortunately the shots were not good enough. 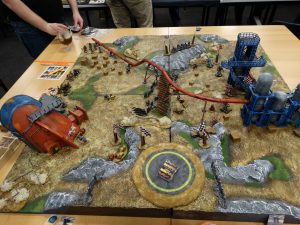 So, while the casualties between the other gangs were rising I was going ahead with my plan. I hoped to retrieve the dynamite while my other gangers would hang back on the flanks of the barricade, perhaps keeping them from being killed by stray bullets. The plan worked pretty well and I managed to get the ganger with the dynamite at the barricade while the other gangs fought each other. One of my gangers was targeted and killed and the rest of the Escher returned fire. 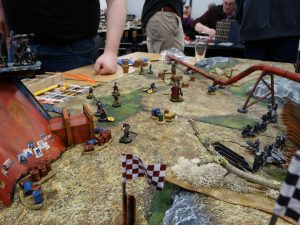 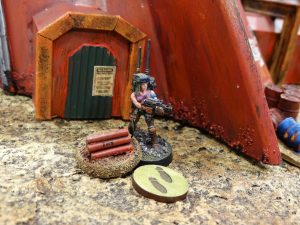 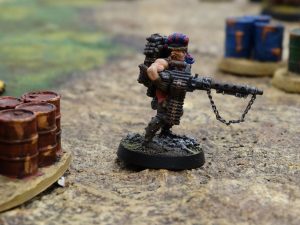 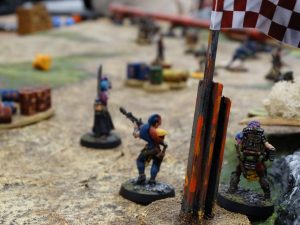 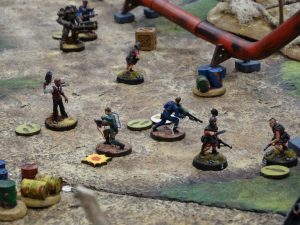 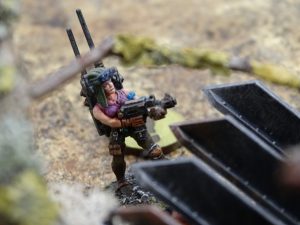 In the end phase I blew a hole in the barricade and the mutants started to advance. My gangers had some luck because most mutants were not close and the one who was got itself killed in the blast of the dynamite. So my remaining gangers made a run for it and went towards the tower. The other gangs responded and opened fire while also running for the created gap. At this point there not many models left. So when two of my Escher arrived at the base of the tower only two other rival gangers remained in play. And then the streak of luck went dead. Both my gangers could reach the top of the tower in their turns, but not have an action left the raise the flag. And both were shot at from below. And both were instantly killed because of a roll of 19 and 20. The victory was within my grasp but both times brutally taken away again…

this was a fun game of attrition with a very unexpected twist at the end.