When I look at the various postings and replies on the net about Games Workshop’s Age of Sigmar I can’t help but notice people tend to either like it or hate it. I have yet to encounter the people who are ‘just ok’ with it. 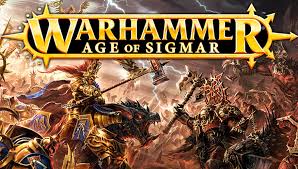 Today I noticed a Facebook post of someone who had written a positive article about the Stormcast Eternals. I have not read the article itself, but I did scrolled through the replies. Most of the people disagreed with the positive tone of the article and went on about how they hated the game and how much they wanted the old Warhammer Fantasy back. At a certain point there was a reply which struck me as very sensitive. It stated that no matter how much you hate Age of Sigmar and how much you want it to fail for Games Workshop, it will never bring back Warhammer Fantasy. And this is true I think. The setting of the Fantasy world was blown to bits, and although Games Workshop can always come up with an elaborate way of getting it back, the fact is that Warhammer Fantasy was not getting them enough money anymore. They will not likely return to it, even if Age of Sigmar will fail.

Now I am not someone who is close to the rumor mill, but as far as I can figure out Age of Sigmar is indeed not doing as well as they had hoped. The reboot was to be a way of getting more people interested in the Fantasy concept game, but so far it appears it does not make them better profits than Warhammer Fantasy did. I did hear that the game gets crucified in certain countries, whereas other counties have embraced it. But what I mostly see and hear is how many people dislike it. You could say that the internet is a brooding place for negative reactions (in general) so it is therefore not the best way of telling whether the game is a succes or not and the people with positive reactions are not the ones who usually fill the net with reactions. But when there are so many negative responses, the people who do love the game are bound to react and defend it. I do see that happening, just not that much. It makes me wonder if this is because the ones who have embraced the game are above all the negativity and do not bother to react, or, are there just not that many gamers who like and play the game? Although I have no answer to that question I do know how I feel about it.

When I started this hobby somewhere in the early nineties (a friend of mine showed me Skaven models) I was reading fantasy novels and started live role playing in fantasy settings. So I was immediately attracted to the Warhammer Fantasy game. For years I just collected and never played the actual game. I did buy all the rulebooks and such whenever I started to collect another army. I also read the White Dwarf and by just reading through all the pages of the books and magazine I still got a bit of an idea of how the game was played. All in all I actually played it for about five or six times, mostly fifth edition. When the End Times in 8th edition started I was mostly collecting and painting my Imperial Guard Tallarn amy. Fantasy, in general, did not appeal to me as much as it had done in previous years. I was tired of the same kind of storylines in the books and since The Lord of the Rings movies were released everybody was into fantasy all of a sudden. It became a hype, and as a consequence the quality of fantasy books and such went down. This slowly led me to the Warhammer 40.000 setting, which I had previously just ignored. I heard about the End Times in Warhammer Fantasy from time to time, but I had no real interest in it and thought it was just a sort of narrative campaign Games Workshop had made. So when Warhammer Fantasy got abandoned and Age of Sigmar was revealed to become the next incarnation of the game I was kind of surprised. But it also made me interested to see what Games Workshop would do with it.

When the first warscrolls and such popped up I was taken aback by silly rules that appeared here and there. Things to do with beards or wearing black clothing. Juvenile things in my opinion and likely to encourage rather strange behavior of players. When I play a game I do not like people shouting and getting agitated a lot. That is not to say I do not like to have fun and laugh during games (come and see us playing Legends of the High Seas, we do make a lot of noise), but when my opponent gets benefits for burping/shouting the loudest or any such thing I kind of lose interest.

The basic ruleset consisted of only 4 pages. Now, I know Warhammer Fantasy perhaps had to much basic rules, but to reboot it with only 4 pages seemed a bit ludicrous to me. But then again, Age of Sigmar appeared to be more of a skirmish game, rather than a game were vast armies would fight big battles. So a lot of rules for fighting and maneuvering with blocks of troops could be removed. But still, 4 pages? It somehow gave me the idea that Games Workshop wanted to reach a new kind of audience for this game, namely younger kids. Which, in itself, is fine. As far as a business strategy is concerned it is not a bad idea to see if you can find a new market when the old one failed you. But I can understand why so many Warhammer Fantasy players did not like this at all. The 4 pages of rules combined with the silly juvenile rules that could be found here and there resulted in a lot of negativity. And then there was the thing were point based armies was thrown overboard. Bring all you like and to hell with balance that seemed to say. And this would be in accordance with the (rumored) money greedy tactics of Games Workshop as well. The one who buys more models has a more likely chance to win the game. All these things combined made sure I had no interest in the game when it got released. And I can understand why a lot of other gamers felt/feel the same.

All this being said, I do not think I am the person to rely on when forming your own opinion about the game. I barely played Warhammer Fantasy and never actually tried Age of Sigmar. My knowledge of the game system is purely based on what rules/scrolls I have been able to read. This resulted in the fact that I had no interest to even try the game, which in itself could be seen as a bad way to promote the new rules system. But the fact remains that I am very much a fan of nice models, and my opinion of a great model is not corresponding to the models Games Workshop is making for Age of Sigmar (or in general for the last couple of years). They have a tendency to overdo the amount of ornate details and all models need to be bigger and grander than the ones who came before. The concept of ‘less is more’ has been completely thrown overboard and ‘more is more’ seems to be the thing now. I personally do not like the style and that alone gives me enough reason to ignore the game even more. 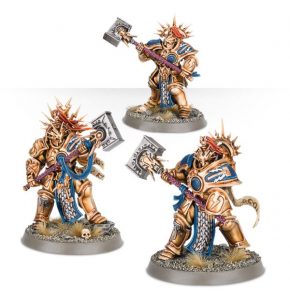 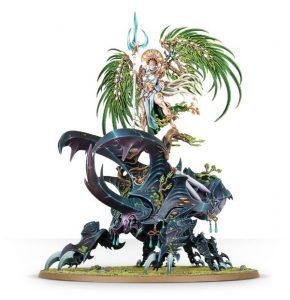 I just hope Games Workshop will not do the same for Warhammer 40.000. The futuristic game is flawed and unbalanced, yes, but if they will reboot it in the same way as Age of Sigmar I fear it will not be an improvement.

For those who are still very much hoping that Warhammer Fantasy will return there are plenty of alternatives I think. There are still people who play Warhammer Fantasy in various previous editions. A group of enthousiasts has made their own new upgrade; Warhammer 9th edition. And I hear Kings of War from Mantic Games http://www.manticgames.com/games/kings-of-war.html is a great alternative game system. They also made a supplement called Uncharted Empires which has rules for armies such as Skaven and Lizardmen. I have not played it myself, but some people at my gaming club use this game system and the supplement so they can still bring their old Warhammer Fantasy armies to the table. I for one will be trying this when I want to return to fantasy wargaming. I have collected enough armies over the years, all I need to do is paint the bloody things. 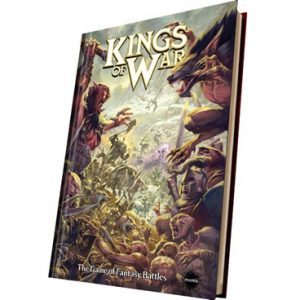 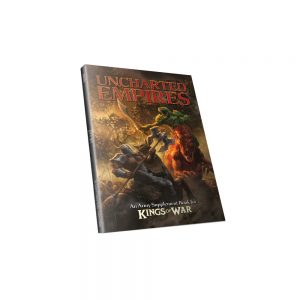