An evening at the club 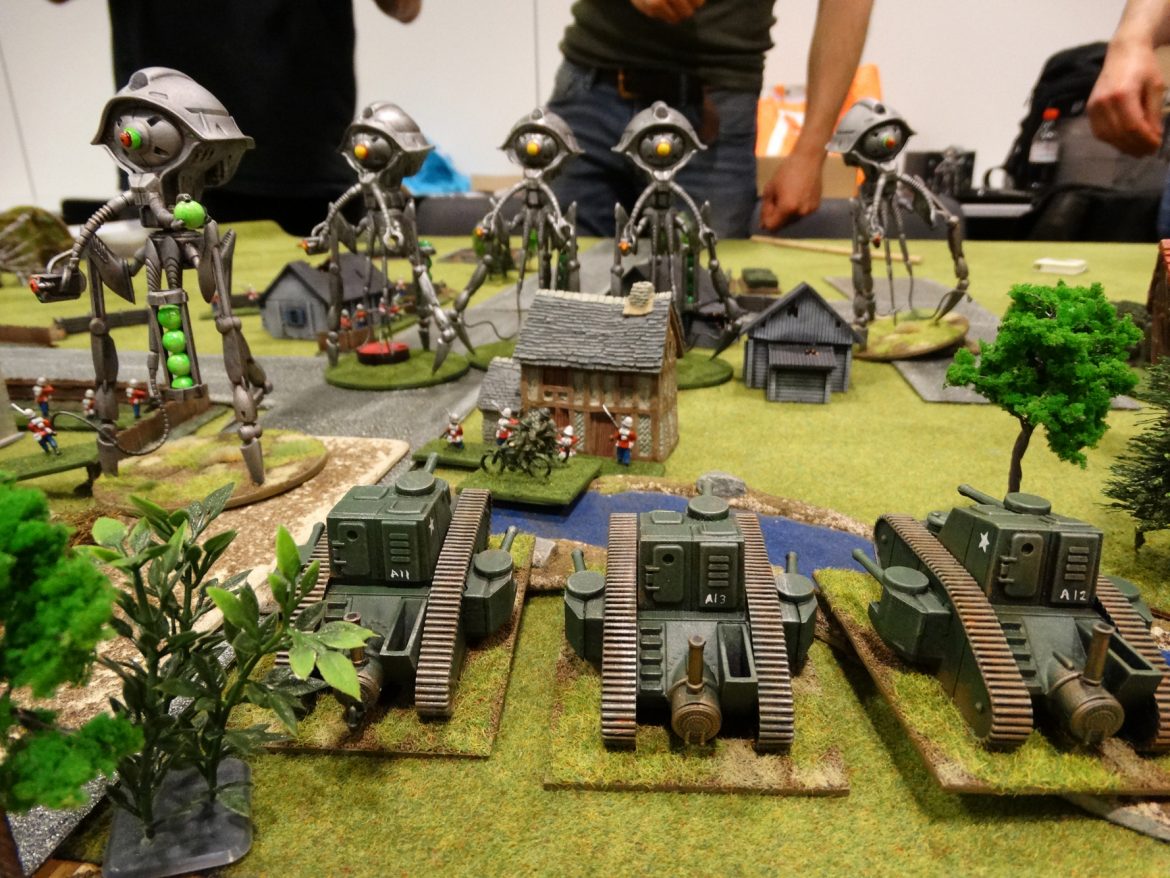 Every two weeks on friday night we have club night at the BOD wargames club in Utrecht. Club nights are held in the same venue as Poldercon, although in a smaller setting. Regular club nights are well visited by many club members and the games vary from small skirmish games to large battles, historical and sci-fi. There is a Facebook page were club members can arrange games.

Last friday I participated in a game of ‘All Quiet on the Martian Front’. I had played a demo of this game last Poldercon and found the ruleset in itself easy to play although not innovative or new. But the setting on the other hand makes up for this. The sight of these massive tripods towering over the buildings is quite impressive. So I teamed up with Gerco to try and blast these Martians back to the stone age. Across the table Ivo and Hamza had other opinions about this.

We played a scenario where the Terran forces had suffered some great losses and were on the retreat from a mayor city. When falling back in good order they came onto a small hamlet which was bisected by a river. HQ wanted the bridge over this river to be held at all costs, so a smal contingent of soldiers dug in in between the houses. Backed up by a few tanks they were bravely awaiting reinforcements while holding back any Martian attack that might come before that time. Both sides were to pick a force of 1000 points value. The human army could spend up to 400 points on infantry and position these in the village. At the beginning of the third round another 1000 points of reinforcements would arrive on both sides. 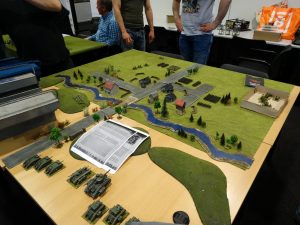 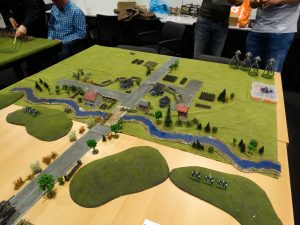 We selected some infantry units, an Anti-Tripod gun, some machine guns and squads of bikers to be positioned in the town. I was adamant on the inclusion of the bikers since I heard they could use ropes to pull the Tripods down. I had to try that! Further back we deployed some tanks. The Martians were somewhat quicker with their deployment since a 1000 points army consist of about 4 Tripods. 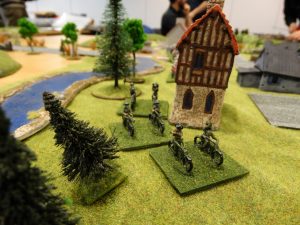 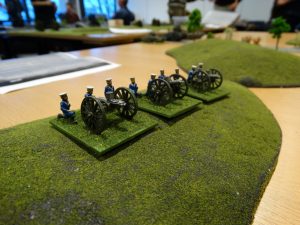 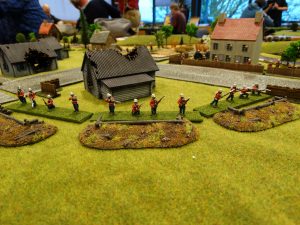 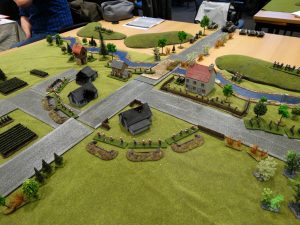 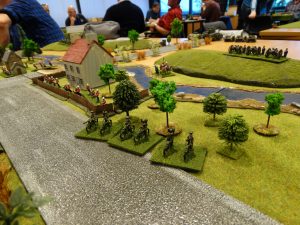 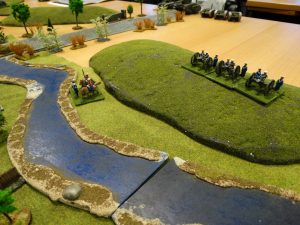 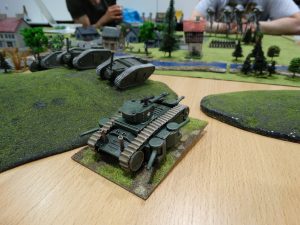 The tripods were quick to advance and immediately started roasting the bike squad on the right flank, just to spite me I think. The anti Tripod gun was destroyed as well. We advanced our tanks as fast as we could to get them in range, hearing the terrified screams coming from the other side of the river. The poor infantrymen there were trapped, but valiantly held their ground (in some cases). 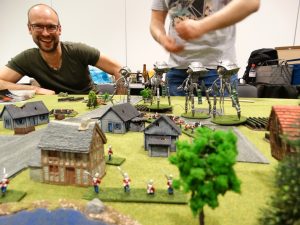 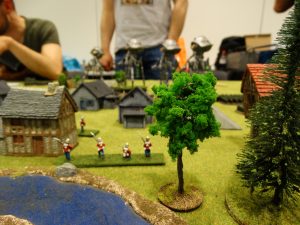 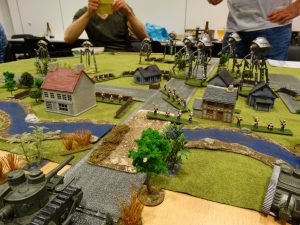 Suffice to say that the Terrans did not fare well. Only when the tanks came in range we could actually start to fire with some chance of actually doing some damage. When turn three came around we had not even succeeded to destroy a single tripod from the first wave, although we had reduced some of their amor value enough to know that more shots would actually do the trick in the oncoming turns. The Martian machines advanced even further, all the while incinerating humans with easy swipes of their death rays. It was not a pretty sight. Our tank reinforcements tried to come to their aid as quickly as possible. 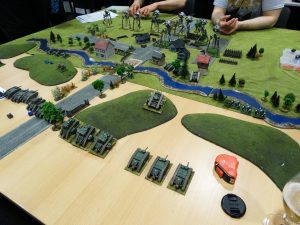 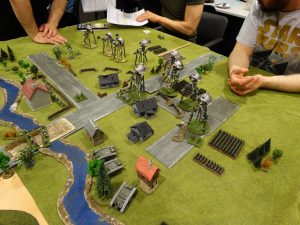 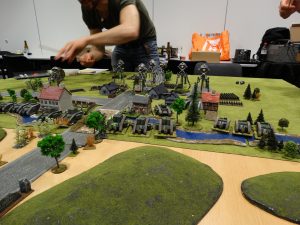 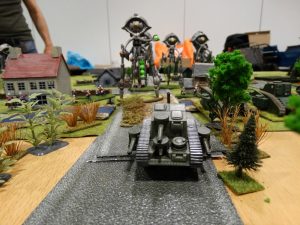 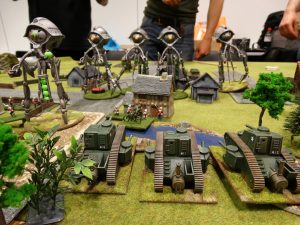 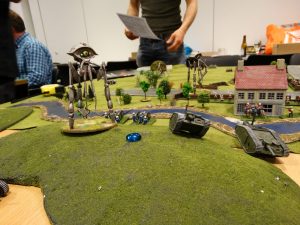 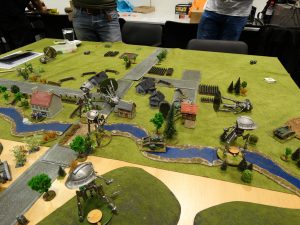 All effort was put into destroying the invaders, but even downing 4 of the Tripods was not enough. The Martians secured the bridge and went hunting for the last pockets of resistance. Some of them were more tenacious than others, with one tank being labeled as ‘the turd that just didn’t want to flush’. But even that one was destroyed in the end and when our command group was blasted to pieces we had no more troops on the table left. We had to face a bitter defeat, but vouched we would one day retaliate, because Earth had more troops to spare and every downed Tripod was considered a victory, no matter the cost. Soon these Martians will run out of Tripods and our planet will be ours once more! 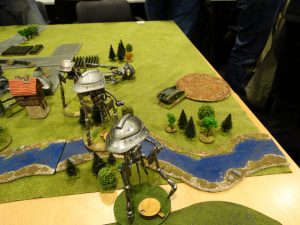 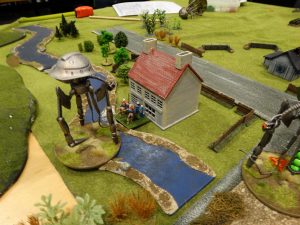 Other games were played this evening, here is a small selection of pictures. 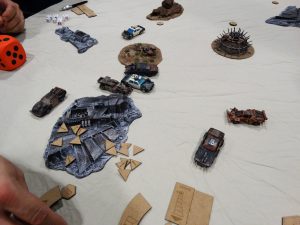 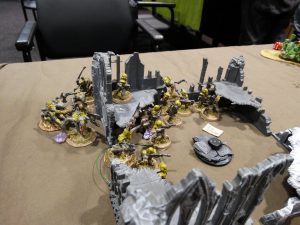 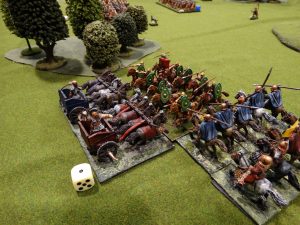 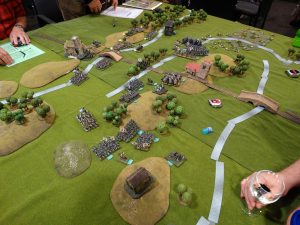 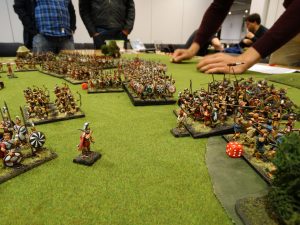 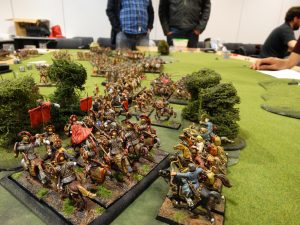 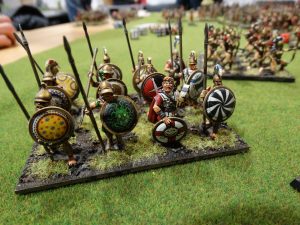 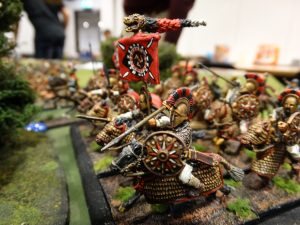 If you are interested in attending one of our club night just visit the Facebook group. https://www.facebook.com/groups/517534221695550/